Something like 130 million robcalls are dialed each day, “Wired” magazine reported this April. 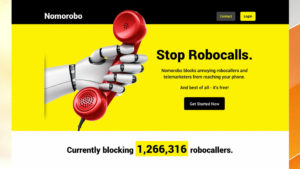 With all the laws supposedly on the books, somebody should be keeping a lid on that nuisance, distraction, and unwanted interruption.

Who really wants to pull out a phone in a crawl space?  In our line of work, not answering a call is like turning out the lights.  Having that ring turn out to be a robocall is about as aggravating as it gets.

Scofflaw robocallers have shown pure, unadulterated disdain for the call cops.  The reason is fairly obvious, even logical.

Telemarketers were fined a total of $1.5 billion (that’s “billion” – with a “B”) as of April, 2018 (the most recent data) by the Federal Trade Commission (FTC) for robocalling and Do Not Call violations.

In 2018 alone, more than $200 million in fines were issued for spoofing-related violations (where robocallers disquise their numbers to look like neighbors) by the Federal Communications Commission (FCC).

The FCC has yet to collect a dollar.

If the government wants to strike fear in the heart of robocallers, that is not the expressway.