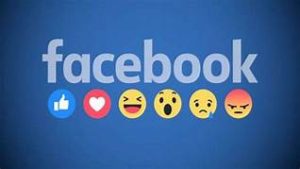 Facebook has been breaking the federal Fair Housing Act for years, HUD claimed in a lawsuit it filed against the “social network” Thursday (3/28/19).

First, it let advertisers blackball people they did not want to see their ad.  So if an advertiser wanted to keep out some group or other, they could use Facebook tools to make sure they never saw the house for sale.

Second, advertisers could use Facebook’s “targeting” tools to decide what kinds of people got to a particular house for sale ad.

“Facebook is discriminating against people based upon who they are and where they live,” HUS Secretary Ben Carson claimed in announcing the lawsuit Thursday.  “Using a computer to limit a person’s housing choices can be just as discriminatory as slamming a door in someone’s face.”

Facebook said it was surprised and “disappointed” but did not use the word “red-handed.”  Facebook did not like it that HUD wanted to look at user data.  No one else ever had, right?

No advertisers were named in the HUD lawsuit.  Hmmm.  Is that like banks that paid fraud fines and agreed no one at the bank did anything wrong?

“Redlining” is the name used in the 1960s by sociologist John McKnight to describe the discriminatory practice of “fencing off” (or, “redlining” on maps)  areas where banks would avoid investments based on community demographics.  The areas most frequently discriminated against were black inner city neighborhoods.  In economics, “redlining” is a form of credit rationing.  Its negative effects snowball into a vicious cycle.  Neighborhoods that banks redlined as unfit for investment were left underdeveloped or in disrepair, slowly collapsing.

That paralyzed housing markets, lowered property values in those areas and encouraged people to abandon property.  Empty buildings attracted squatters, drug dealing and hideouts for other illegal activity, increasing social problems.  The population density got lower in redlined neighborhoods.  All those negatives kept adding to the reluctance of people to invest in these areas.

Ben Carson’s qualifications for running HUD and bringing Fair Housing lawsuits include being a Detroit public school graduate, becoming a prominent neurosurgeon, running for President in 2015, and then throwing in the towel on his campaign to become National Chairman of My Faith Votes, where is promptly endorsed Donald Trump.

The Senate confirmed his appointment as HUD Secretary in March, 2017.  Carson is a lacto-ovo vegetarian (willing to eat milk, eggs, cheese and maybe even chicken).  Carson has written many medical articles and six bestselling books published by Zondervan, a leading Christian printing house.  The first book was his own autobiography, Gifted Hands (1992).  The others, usually with co-authors, are self-help/uplift, motivational titles like Take the Risk, Think Big, Make Your Voice Heard, You Have a Brain, and What We Can All Do to Save America’s Future.