WHERE’D WE GET THAT WORD? 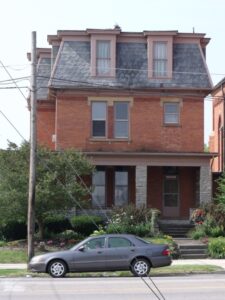 Should’ve been ‘mansart.”  But builders don’t read, as every inspector knows, especially not French.  So the “t” turned into a slurred “d.”  “Mansard.”

“Mansard” roofs were popularized by a 17th century French architect named Charles Mansart.  So, if we got it right, it would be a “Mansart” roof.  But no.

It’s the only five plane roof style.  It always has sloping facades on all four sides, with a “flat” top.  The result is a shallow roof line.  Architects liked it for putting the spotlight on the building (compared to those modern shrinking houses with roof on Viagra).

For homeowners, a mansard roof delivers a full attic.  The entire roofline serves as a large shed dormer on all four sides, with a footprint the size of the building.

But the tradeoff – for builders and homeowners alike – is steep.  The complexity of the roof’s design had building and maintenance costs.  Because it’s a “flat top” roof, mansards often need expensive repairs and maintenance, like most nearly flat roofs with less than 2/12 pitches.  That makes them better suited to gentle weather areas.

Home inspectors really, really want to get on that flat top, or at the very least eyeball it.  Failing that, it is critical to let the client know it was inaccessible or could not be viewed and advise further evaluation by a trusted roof.

Interestingly, Mansart got his inspiration for his namesake roof from Pierre Lescot, a 16th century architect who designed an original section of the Louvre art museum in Paris with exactly that flat top five-plane roof.  The Lescot wing of the museum is still in use today.

Mansart put the design to work designing lots of townhouses in Paris and some chateaux.  He ended up with dibs on the name. 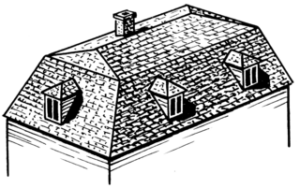 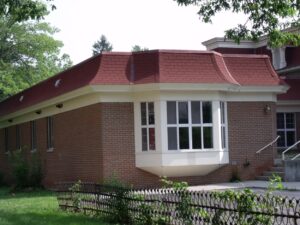 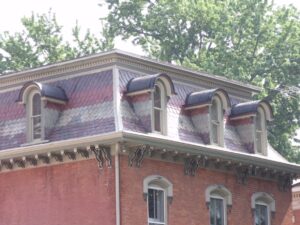